High resolution LED screens are the next step in digital display technology. As a highly engaging form of digital media, it grabs attention and delivers a message with impact and vibrancy. LED screens are ideally suited to the retail environment. Unlike LCD and other large format displays they can be used to create uninterrupted images of almost any shape or size to grab shoppers’ attention and drive footfall into stores.

The brightness of the panels makes them just as effective in the shop window as they are at point of sale and their availability in a range of resolutions means they can be used for a variety of purposes – from delivering detailed advertising video to ambient graphic images. Finally, because they’re modular, if something goes wrong you only need to replace a panel rather than the entire display – which can easily be done outside of retail trading times. 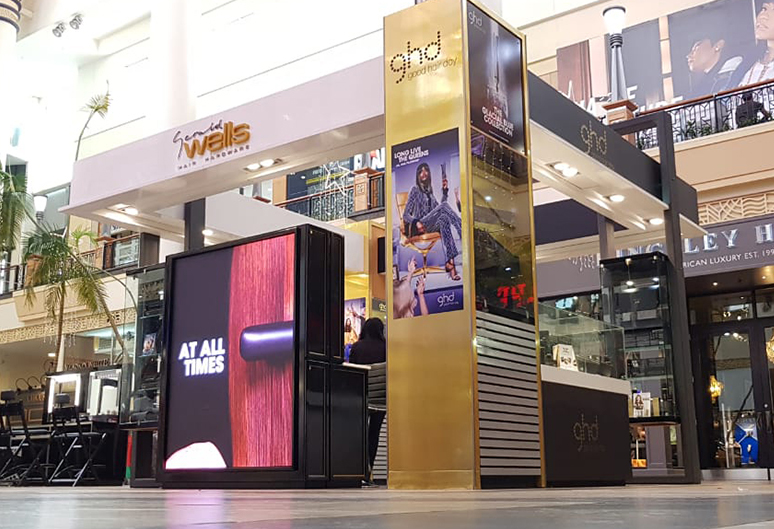 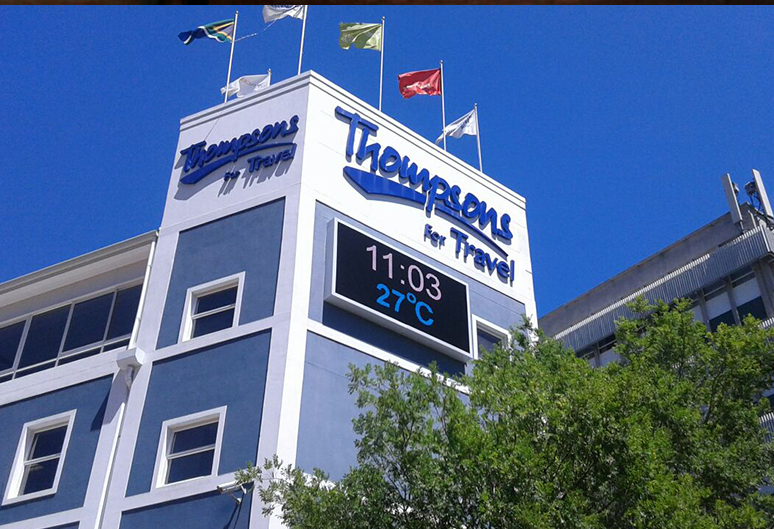 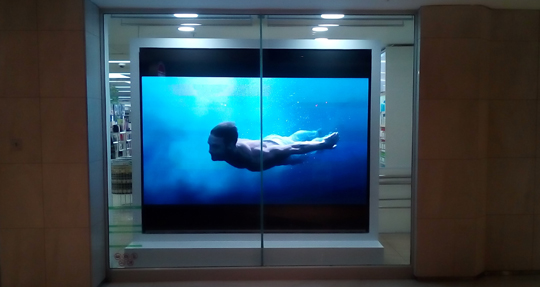 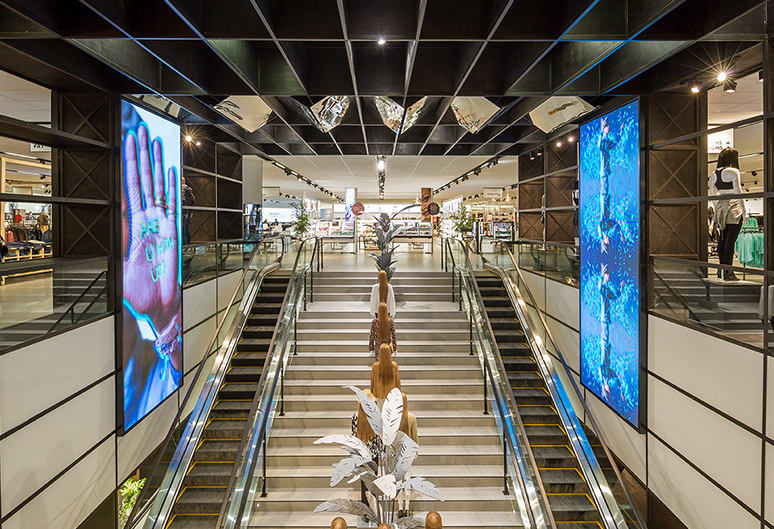 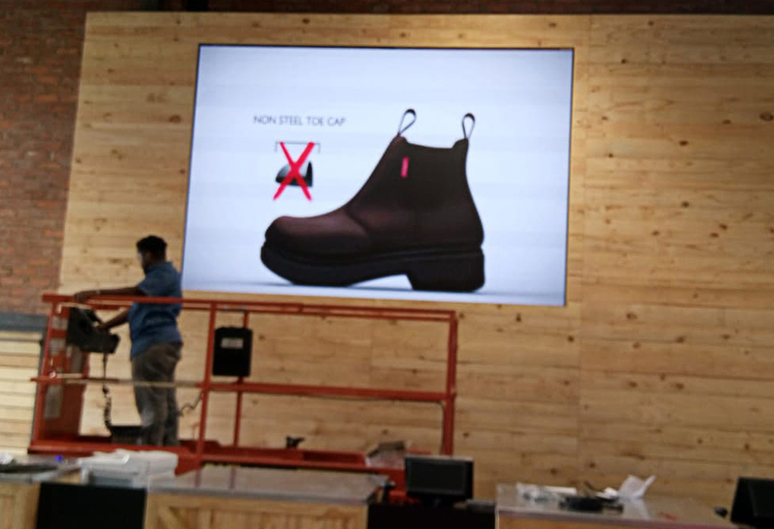 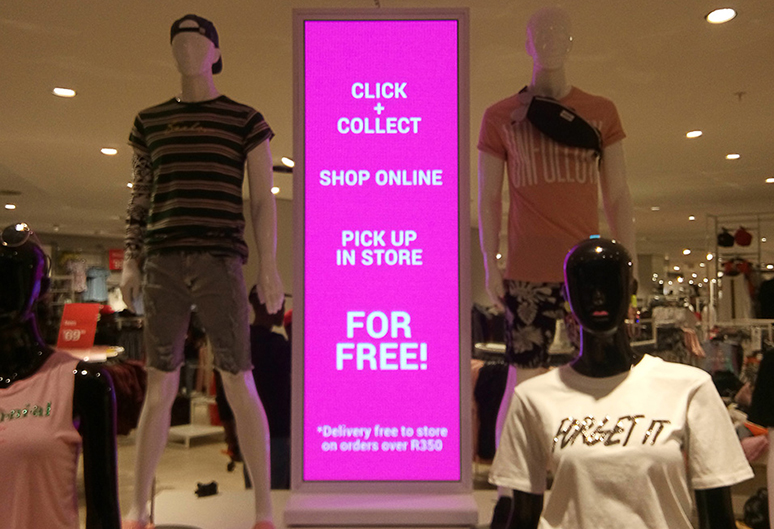 LED video signage grabs attention. The High quality displays with bright colors allow marketers to get through the noise, connect with clients and increase footfall

Directly leads to increase in your sales. Low maintainence and operating costs.

LED’s are modular and easy to repair. If some pixels are faulty, only one panel needs to be replaced instead of the entire installation as with regular screens. 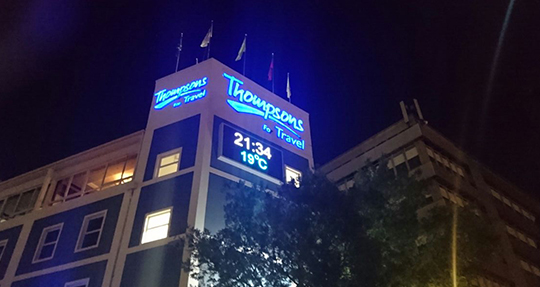 City workers and travellers to Cape Town have 24-hour visibility of the time, date and current temperature in the City Bowl. Chiappini Square serves as a reference point for motorists and pedestrians in the city. 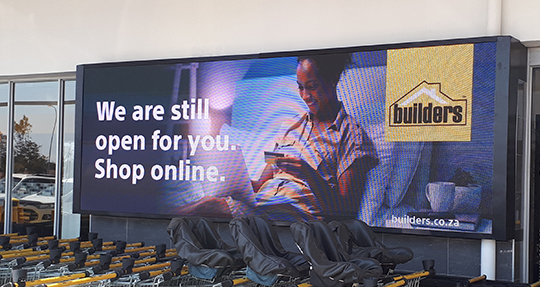 The store boasts over 36 screens in the venue including a very impressive outdoor LED display that is 4.5M wide X 1.5M high at the main entrance. The LED display can be seen from the parking lot. 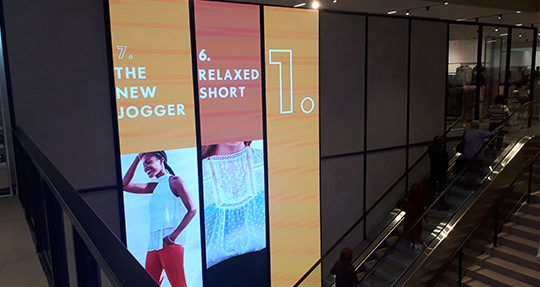 Woolworths has very successfully incorporated LED displays throughout their stores in order to create an immersive shopping experience for their shoppers. The solution has become a standard addition to all new builds as well as upgrades to stores.

Dis-Chem have embraced the LED window display across a couple of their flagship stores to increase foot traffic, increase basket size as well as uplift the current store image and perception. 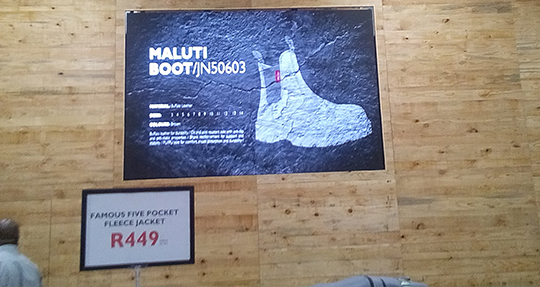 Jonsson’s workwear have put large LED displays above their check out points and by doing so have achieved a number of their objectives namely: Customer education, increased basket size, enhaced the look and feel of their stores. The LED can be seen from any location in the stores. 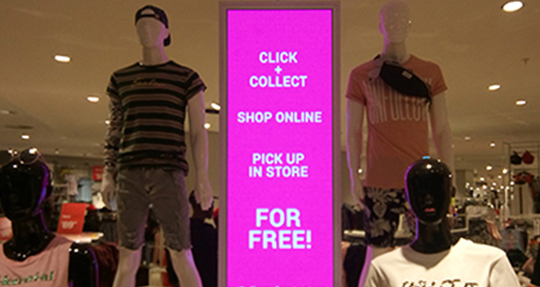 Mr Price was looking to add a new element to their current displays while at the same time influencing the buying habits of their shoppers. ODM designed a custom LED unit to meet their requirements.

Discovery were looking to add a unique feature to their new Discovery Bank. The solution is a curved LED display that really catches the eye. 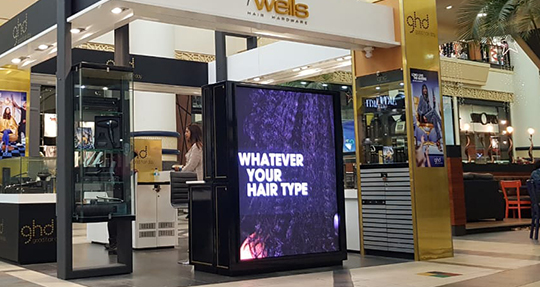 GHD wanted a solution that would promote the brand while at the same time attract attention and influence shoppers to make an impulse buy.

Read about or company, our parteners and what we offer on the About Us page

The Future Of Digital Out Of Home Marketing